The Controversial Conversion of Charles Chiniquy 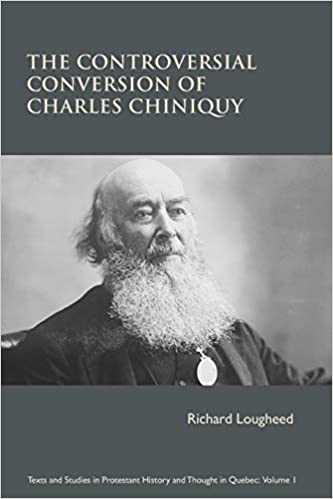 Two Hundred years ago in Quebec was born Canada's best-selling author. He was rated as a superior orator to Prime Minister Wilfrid Laurier and Joseph Papineau. Most Quebec households had a portrait of him as he managed to convince half of Quebecers to sign a temperance pledge. He toured the English-speaking world right up to age 88 and drew great crowds. At his death just over a hundred years ago the New York Times and the Times of London gave him headlines. His books are all still in print in many languages and his name appears on thousands of Internet sites. Yet few Canadians in our generation have ever heard of him.
The fact that Charles Chiniquy left the Catholic priesthood and became a Presbyterian pastor in the 19th Century led inevitably to polemics and opposing interpretations of his life. For the first time his life story will be set out without being based on propaganda. Instead an examination of the best documents on all sides and the recently uncovered Chiniquy family archives have allowed a fresh approach.